How to make Bibimbap! , Play a Mini Game and snow again! –Day 5

We had ended our class with the singing korea song like stated at my previous entry : Korean Traditional Dress.. I have recorded the video for every classes performance.. I will upload later.. still don’t have enough time to do dat! 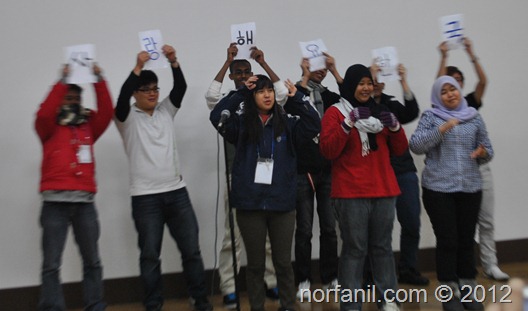 Performance by the class 3

Besides, we also learn how to cook Bibimbap and Korean Royal Court Cuisine.. It’s easy to make it.. you should try .. 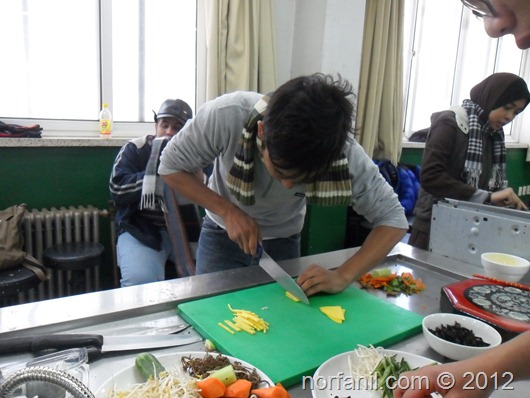 Rizky! He works hard to cut the fried yellow egg! hahaha.. but he a fast learner! nice man, u did a great job! 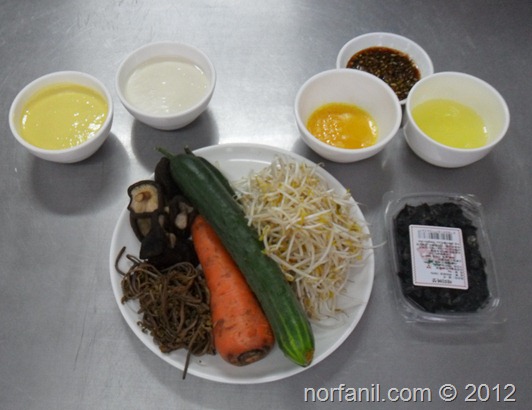 The ingredients, In front on plate : bean sprouts, carrot, cucumber, mushroom, the mount vegetable, and I forget what is the black one in the box..hehe 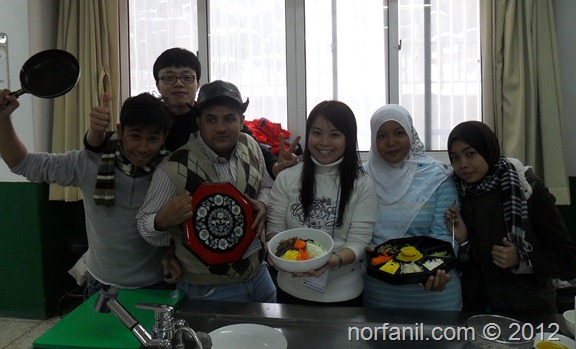 I has tried the Royal Court Cusine, and seriously I don’t like wassabi!!!!

At night, we went to UiJeongBu palying a  mini game like Time Square.. haha.. Im lucky because got two free tickets to play the game.. kikiki.. thanz to my leader Kwang and HaeDi .. Thanz a lot..

I played two games.. First , Disco game,, I and Tiqa got free tickets.. hehe.. others bought the ticket.. haha..and other game was 4D screen game! haha.. lucky me! 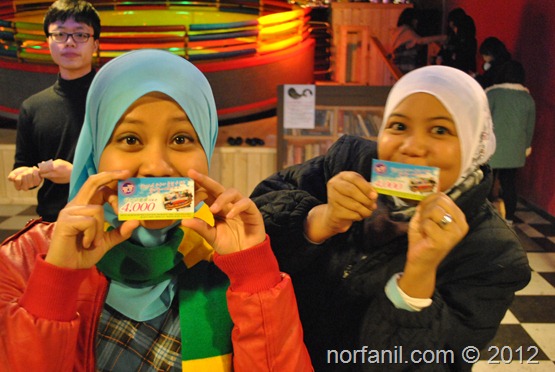 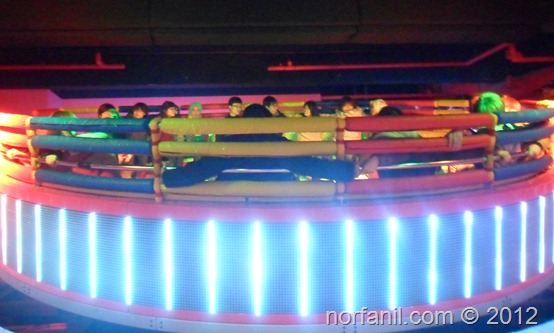 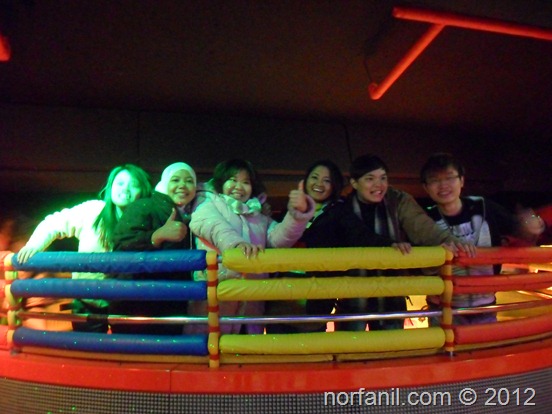 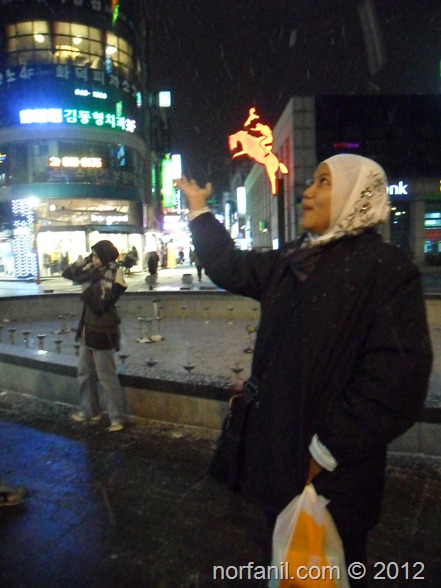 And suddenly when we wanna go back, it was a snowing again! wowww!!! besttt!! heheeh.. Alhamdulillah.. Lucky us!!.

"The past cannot be changed. The future is yet in your power girl."